Envisioning the Near Future of Technology Infographic

This is such a wonderful infographic 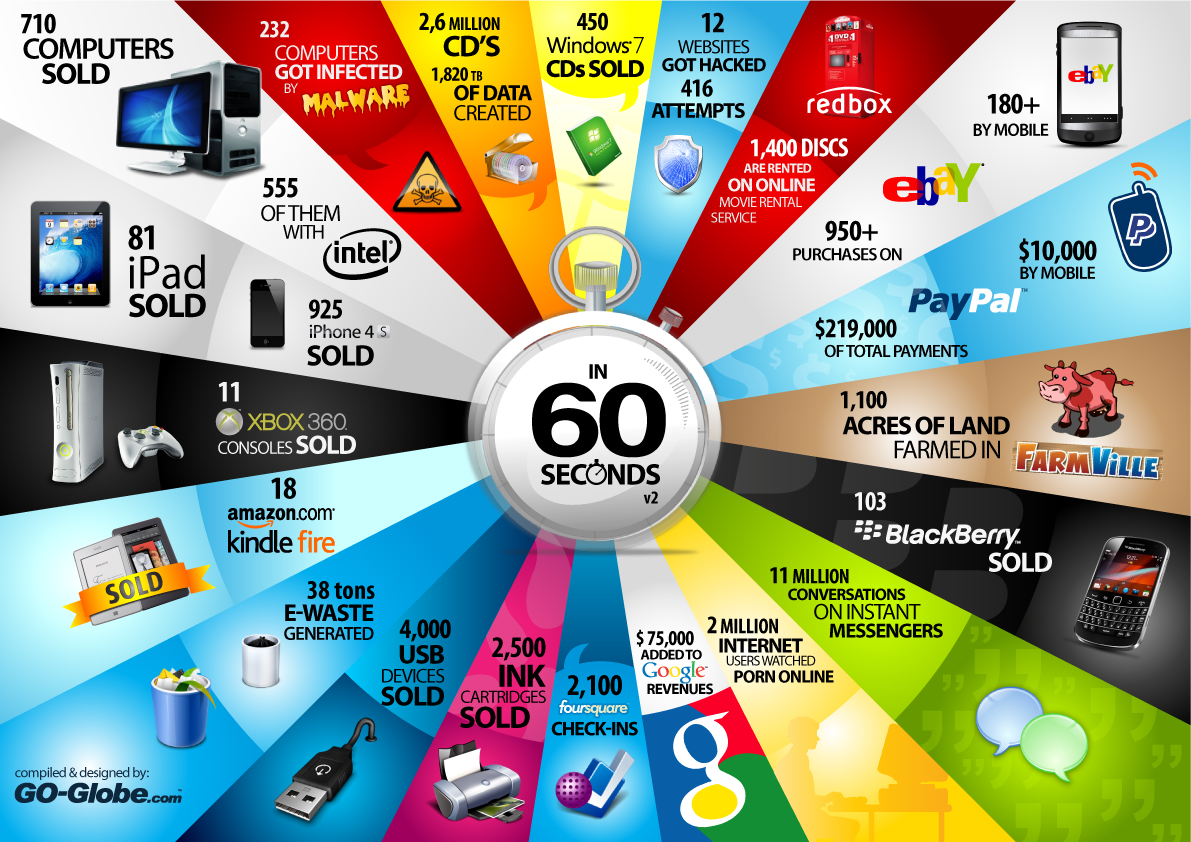 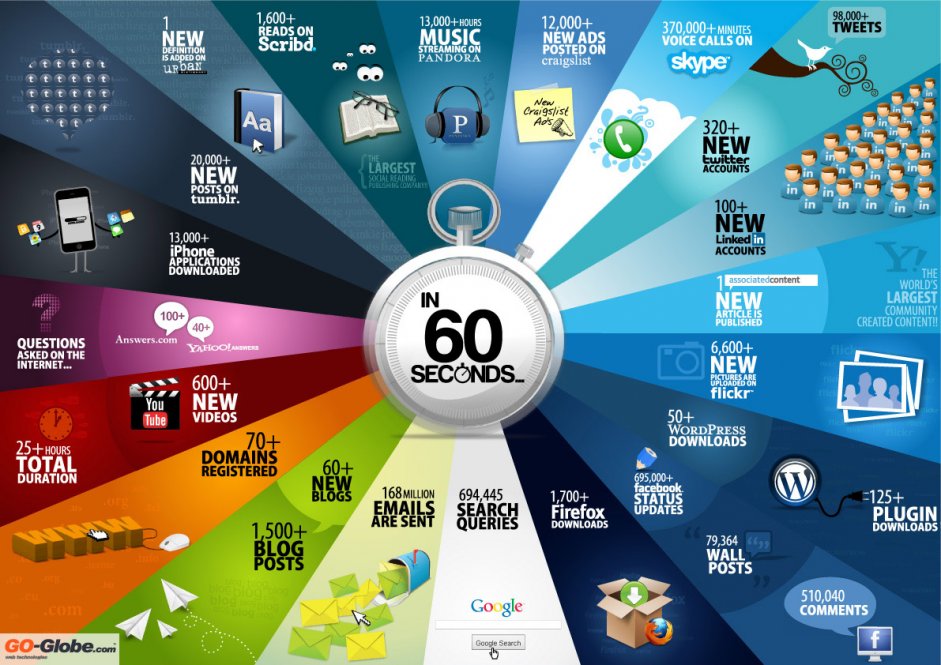 You know me and data visualisation, but here’s something cool, it’s a website that creates a visualisation of your Linked in profile, it’s an invite only Beta at the moment, but it looks promising. 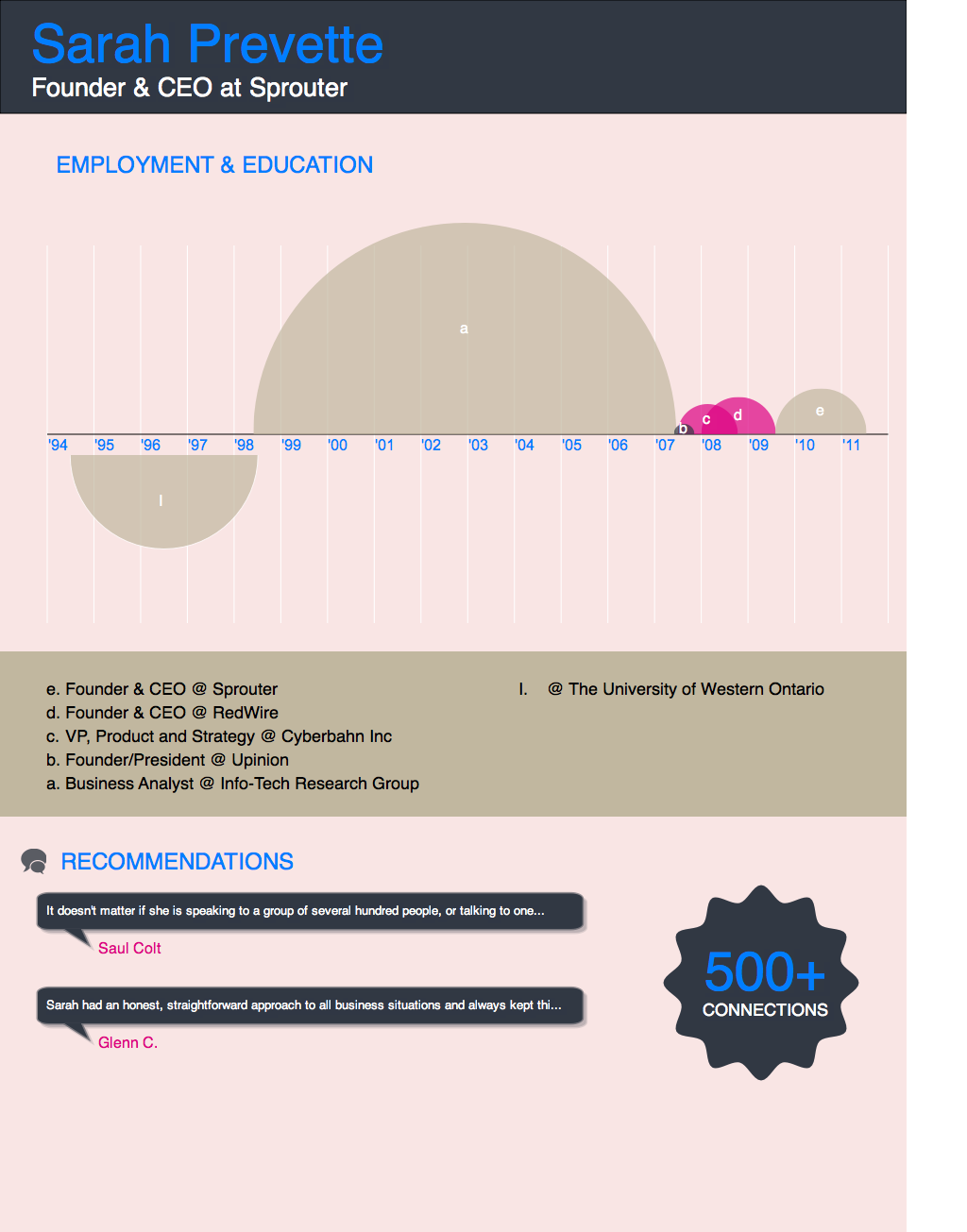 If you’re looking for a way to visualise migration patterns, look no further, this interactive site (all in HTML5) is incredible!

The layout and use is simplicity itself 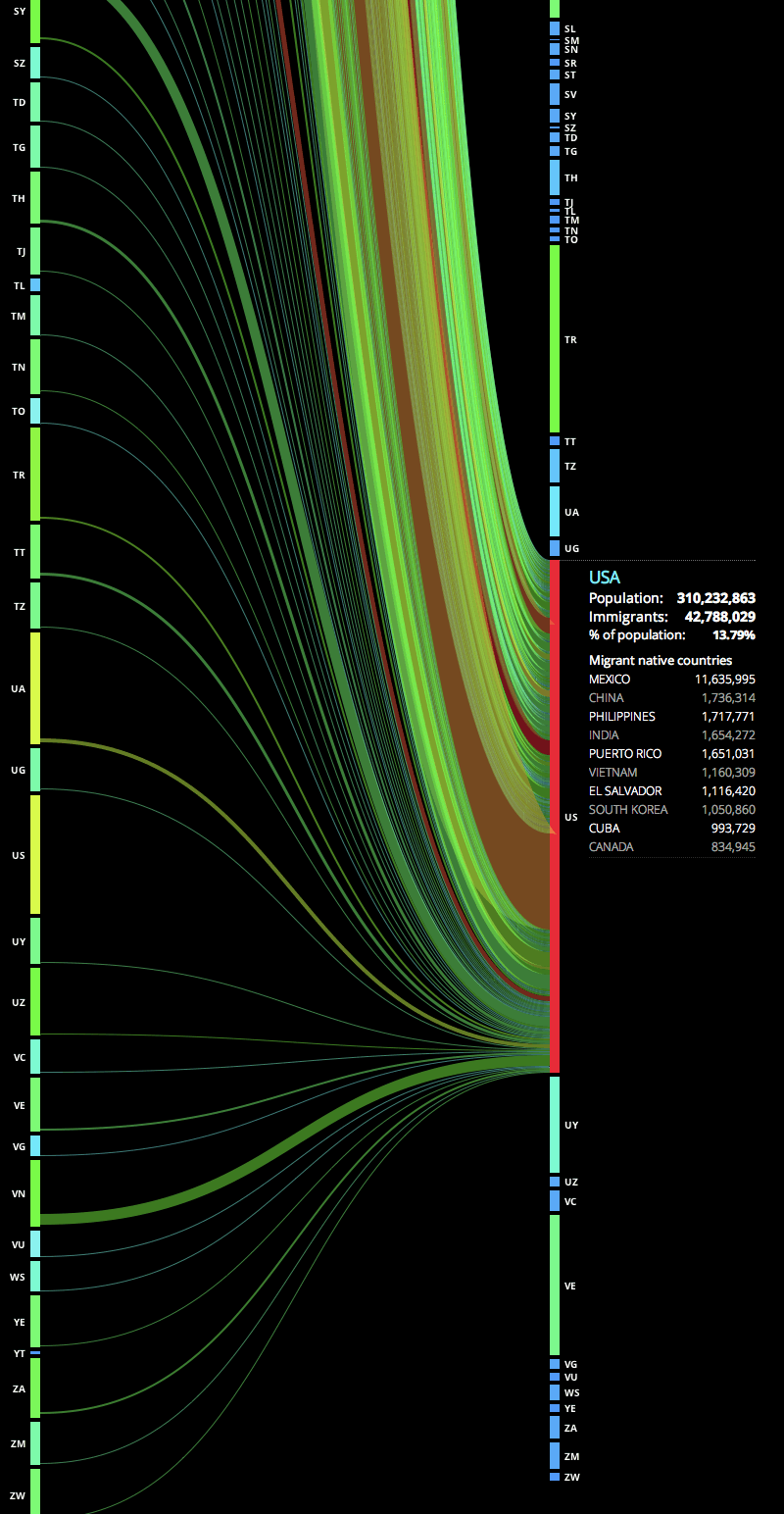 I Had a Hunch You’d Say That

As I seem to be on a bit of a roll with data visualisations and infographics lately, I thought I’d share this very informative link I just stumbled across 10 tips for Designing Infographics 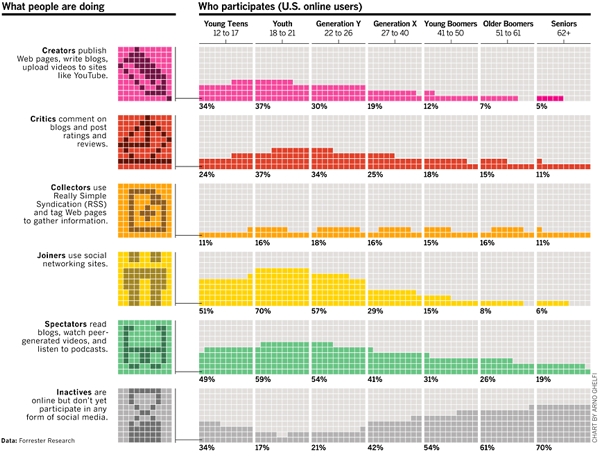 A Walk on the Wild Side

Seth Godin posted an interesting graphic yesterday that caught my eye, a perfect example of data mining (sorry couldn’t resist that one) 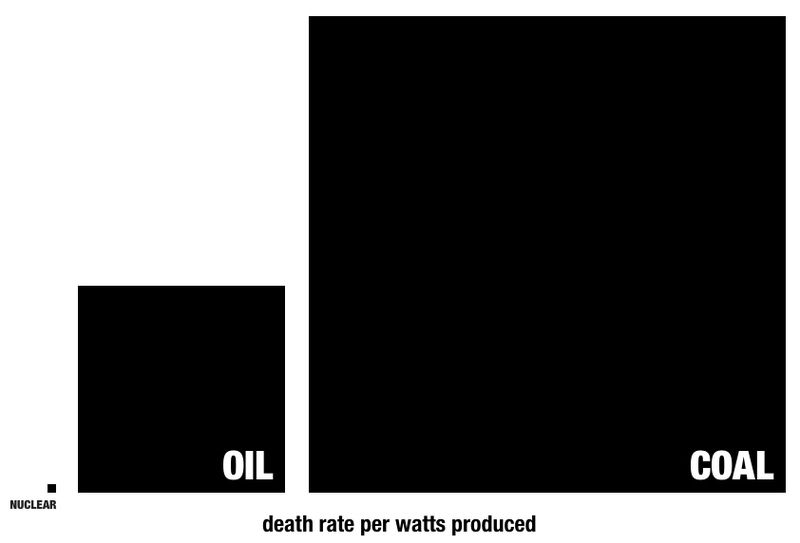 It’s not that surprising when you think about it, but let’s look at another example, Death Rate by Mode of Transport in the UK… (NB: Flying doesn’t appear, as it’s so low, less than 0.02%). Motorcycles are the unsurprising leader, although the gap between Cars and Motorcycles is frightening! We’re constantly reminded to wear cycle helmets when we’re riding, yet you’re more likely to get killed when walking than when riding a bike! It would be interesting to add Skiing & Snowboarding to this list, but I’ve not been able to find any data on that yet, but I’m looking, if you find anything, let me know. In the meantime, my advice, no more texting or using your mobile while walking, it’s dangerous out there! 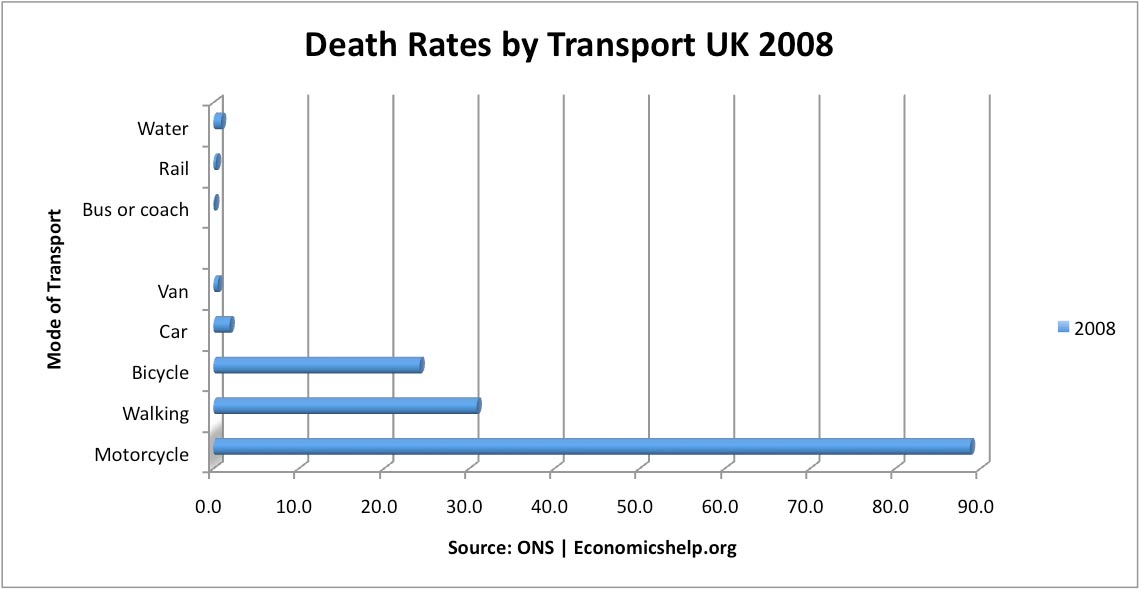 Just saw this infographic on the XKCD blog about radiation dosage, it’s fascinating… plus I never knew that about Banana phones, think I’ll stick with my iPhone for now! 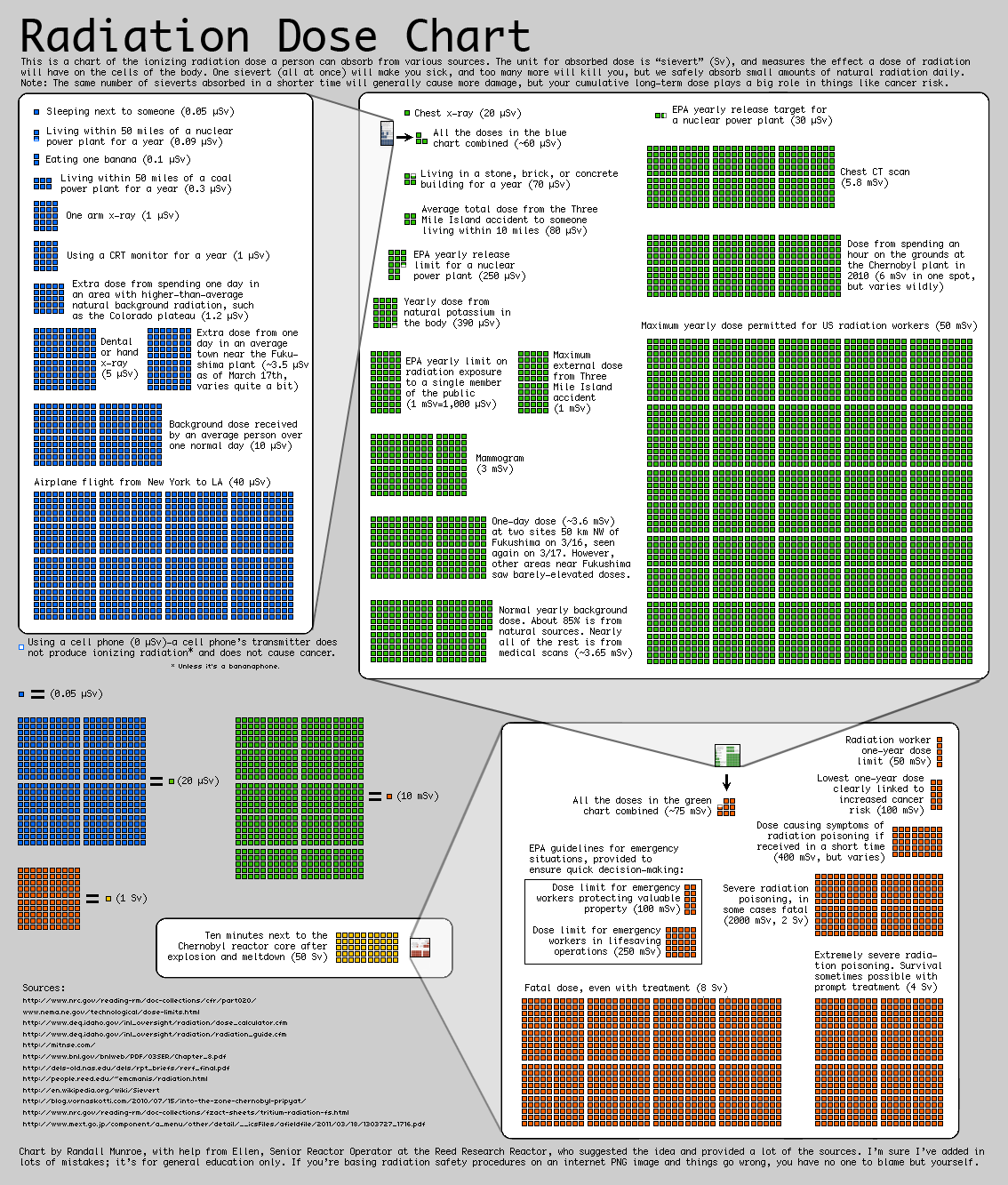 You may have worked out by now that I’m a statistics and infographics junkie… so here is a brilliantly executed  interactive infographic that highlights the predicted age by percentage of various nations… as you will see, Japan, South Korea and Italy will have a very different looking population by 2050, compared to today

by Fathom for GE

With the prevalence of mobile devices, they have become inherent in our lives, the more we depend upon the information stored within them, the greater the risks posed when this information falls into the wrong hands. Is this something you should be concerned about? Your Identity Matters, but how much it matters is up to you.

This updated map is based on this by XKCD

Pulse of the Nation

I love data visualisation, in fact I was given a wonderful book entitled “Information is Beautiful” by David McCandleless as a present a few days ago… anyway I just stumbled across this on Mashable

The video shows the mood in the U.S., as inferred using over 300 million tweets, over the course of the day. The maps are represented using density-preserving cartograms more info here 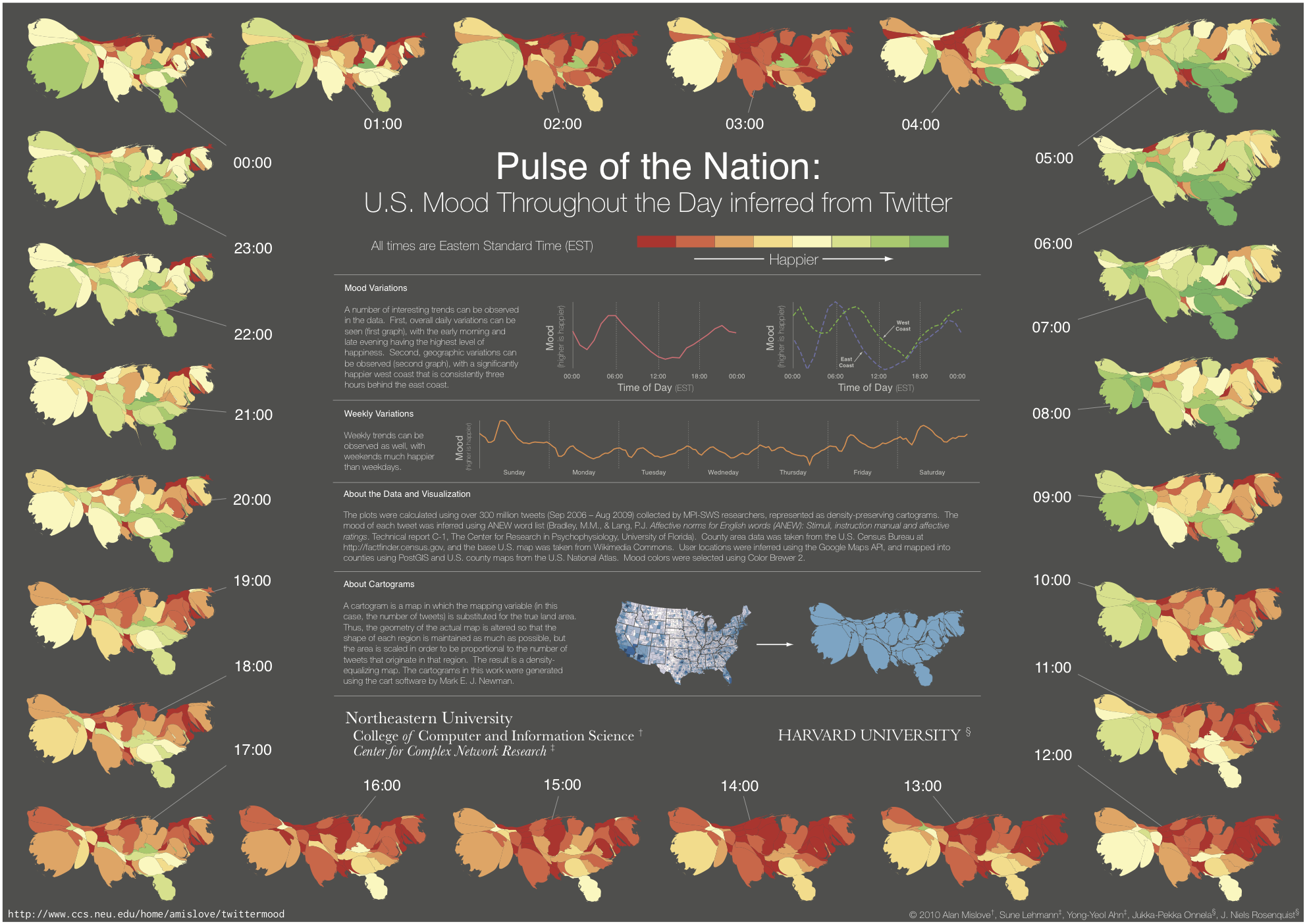 Before I go any further I should inform you, that I’m entirely apolitical, I honestly couldn’t care less about politics, or which political party is in power, but I do believe in democracy, and care about equal rights and fairness

As the Conservatives campaign slogan states “It’s Time For Change”

And they’re not wrong, but it’s not necessarily the government that needed changing, but the way they were elected! Look at the figures below, Conservatives get 36% of votes, but that equates to 47% of the House of Commons seats, Labour’s 29% of votes equates to 40%, the Liberals 23% only equals 9%, while the remaining 12% of votes only equals 4% of seats.

That means every Conservative vote was 3.33 times that of a Liberal vote!
It may be democratic, but it’s hardly fair!