I admit that I’m not one to shy away from hitting the install button and crossing my fingers (although I do always make a thorough back up… I’ve been using computers long enough to know that!)

So I took the plunge, I paid my £20 to Apple for OS X 10.7, or in Marketing Speak, Lion, or what Apple like to call “The World’s Most Advanced Operating System”, modest to a T as always the guys from Cupertino!

so was I brave, nuts, wise or foolish?

The installation was simplicity itself, after doing one last time capsule back up, I clicked the App Store icon, hit the Lion purchase icon and it jumped down to my tool bar and started downloading… 3.7Gb, yes that is a G not an M… but after 20 mins it was all down, the install dialogue window appeared asking if I’d like to install Lion. But before I proceeded, I copied the downloaded file onto an external hard drive for safe keeping… as the installer automatically deletes itself after installing and I’ve other Macs I want to upgrade, and I don’t wish to download it all again, plus I can now make my own installer DVD or memory stick (details below). 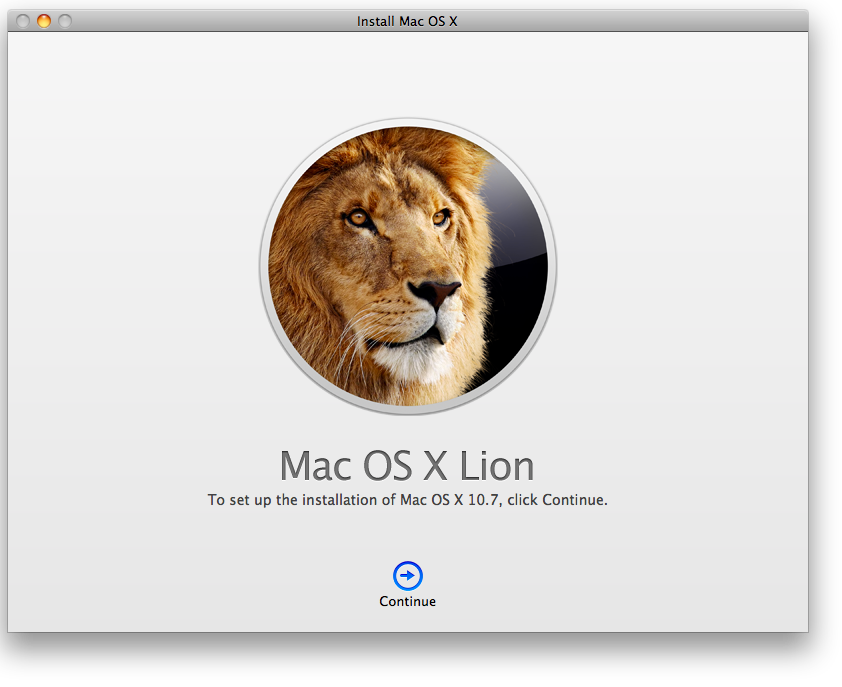 The installation took about 40 mins to complete. I won’t go into all the new stuff in Lion, there’s plenty of that on the web already, it’s a nice update, but it’s just that, it’s an update, the same as Snow Leopard before it was, but the few elements it’s copied over from iOS are nicely done, although don’t exactly have the same obvious UX as you get using an iOS device, after all regardless of what Steve Jobs says, we’re not completely in a post PC world yet, for real creation and effective work, we’ll going to require real computers, and proper operating systems for some time yet!

Any problems? yep, I’ve installed Lion on my MacBook Pro, for some strange reason my headphone socket isn’t working, plug in a pair of headphones and the audio just continues to come out of the speakers? this isn’t a major problem, as I mostly use my AirTunes to play my iTunes over Wifi, plus I’m sure a fix that addresses this bug will come out soon. More importantly, will my Adobe CS4 still work? The answer is yes, So far Illustrator and photoshop are working flawlessly, I rarely use all the other CS4 apps, such as In Design, After Effects, but I opened them all to see if they work and all opened fine. I have the Adobe CS4 Master Suite if that helps anyone else with this question before upgrading. The odd app lost it’s registration when I opened them, but inputting the registration codes again, sorted them all.

I have had a strange font issue, my Helvetica Neu Bold ignores spaces, in Illustrator all my text is coming out like this “HelloI’maMacandI’maPC”, but changing font and it works fine? So I went to look for the corrupt file, but after 2hrs looking I’ve given up, I had several copies of helvetica installed, all of which I have removed, yet some how or other, Helvetica is still installed!!!!

Oh which brings me onto this little nugget, Lion makes your Library folder invisible, which is a real pain in the arse, but there’s a fix, go to http://www.macgurulounge.com/library-folder-mac-os-lion/ for more info, but all you have to do is open Terminal type chflags nohidden ~/Library and it re-appears

Getting back to making your own Installer disk… locate the downloaded installer file, it’s in your applications folder, locate an application named “Install Mac OS X Lion.app” Yes it’s an application not a disk image! copy this to an external hard drive, or if you want to make a bootable installer disk do the following.

OS X applications are actually folders, so if you right mouse click on the app icon and select “Show Package Contents” you are now presented with the folder contents. Locate the file InstallESD.dmg, it’s in the SharedSupport sub folder. Select this image then make a DVD of it like you normally do. That’s it, you now have a bootable OS X Lion Installer disk